Michael F. Rollins received his law degree from the University of Arizona College of Law in 1978 and was admitted to practice law in Arizona. Following graduation, Mr. Rollins accepted a Federal Judicial Clerkship with the Honorable Carl A. Muecke, Chief Judge for the District of Arizona. 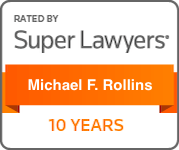 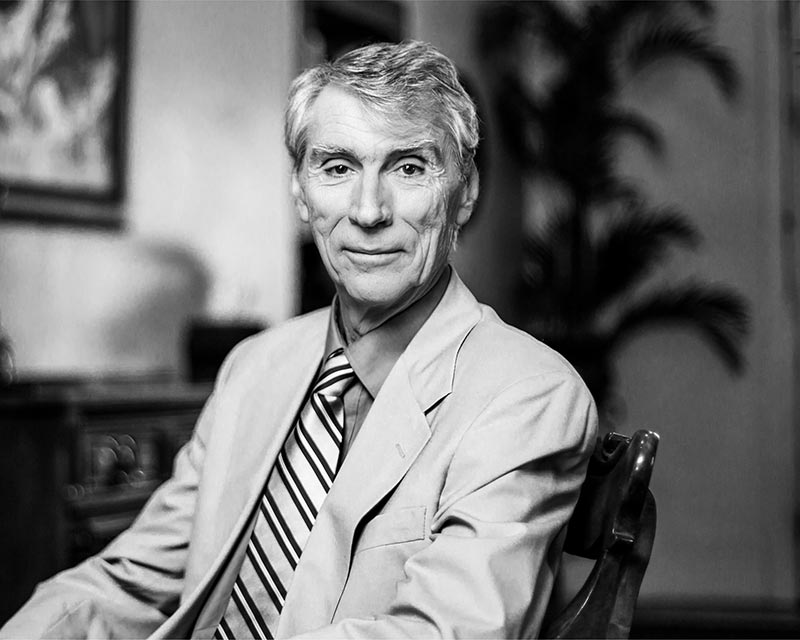 Mr. Rollins believes his experience in defending insurance companies, businesses and individuals who have been sued for personal injury and wrongful death claims has provided him with a unique knowledge as to the inner workings of insurance defense strategies and provides him an advantage in representing injured clients.

Mr. Rollins has received an "AV" from the worldwide legal directory, Martindale-Hubbell, signifying that he has demonstrated the highest level of legal proficiency and ethical standards in his profession - a very distinguished accomplishment. An "AV" rating is awarded to only a small percentage of attorneys and is based on the confidential opinions of peer attorneys and members of the judiciary.

From 2011 to present, Mr. Rollins has been recognized annually by Super Lawyers of the Southwest. Mr. Rollins also earned membership in the Million Dollar Advocates Forum, whose membership is limited to attorneys who have won million and multimillion dollar verdicts and settlements. He is a Senior Counsel in The College of Master Advocates and Barristers and is a member of the Outstanding Lawyers of America. He is also listed in the Top 100 Trial Lawyers by The American Trial Lawyers Association.

Mr. Rollins is active in the community and served as Chairman and Member of the Kino Community Hospital Board from 1996 to 1999. He was appointed by the Pima County Board of Supervisors as Member of the Pima Health Care System Commission from 1997 to 1999. In 1980, he was appointed by the Governor of Arizona to the Arizona Structural Pest Control Board where he served as Chairman and Member from 1980 through 1985. He was also appointed to the Arizona Agricultural Employment Relations Board by the Governor and served from 1985 to 1987.

Get Started Send Us A Message